Montreal, Canada, July 19th, 2022 – Vior Inc. (“Vior” or the “Corporation”), (TSX-V: VIO, OTC: VIORF and FRANKFURT: VL51) is pleased to announce results from its Phase II drill program and to provide an exploration update on its flagship Belleterre gold project. The Phase II program targeted select areas adjacent to the historic mine workings at Shaft 2 and Shaft 3 to better understand the structural controls on high-grade gold (“Au”) mineralization at Belleterre. The 12W deformation structure, located directly on-strike with Shaft 3, returned the strongest intercepts from multiple holes, including zones of 1.0 to 15.85 metres (“m”) of quartz veining, shearing, and pervasive quartz flooding. Hole BV22-011 returned the highest-grade intercept of 1.35 m grading 12.87 grams per tonne (“g/t”) Au within 15.85 m grading 1.28 g/t Au. Hole BV22-011 intercepted high-grade gold associated with quartz veining and contained very fine disseminated visible gold (“VG”) throughout the vein intercept. Vior has now drilled 6 core holes along the 12W deformation zone and defined over 500 m of strike with the system open to the southwest and at depth.

Mark Fedosiewich, President & CEO stated: In a short period of time, we have retransformed our exploration portfolio by consolidating the district-scale gold project at Belleterre, one of the highest-grade historic gold mines in Quebec. Belleterre was historically known as a high-grade narrow vein gold mine, however, our team is very encouraged by the thicker, shear-hosted style of mineralization observed in our first two drill programs, which is common across multiple greenstone belts in Ontario and Quebec. Phases I and II have confirmed the potential to expand historically mined veins along strike and at depth as well as make new discoveries along several recently identified gold-bearing structures. Belleterre exhibits exceptional exploration upside and there are many past and current examples of new discoveries in historic gold mining camps that have resulted in tremendous value creation for junior explorers. Vior’s value creation process is well underway at Belleterre.

Vior has intersected gold on most drill holes since drilling was initiated at Belleterre. Of 15 holes drilled by Vior in Phases I & II, 10 returned prospective gold intercepts in strongly altered and mineralized quartz veins, indicating a high rate of success, and highlighting the discovery potential at the Belleterre camp. The 12W deformation zone shows promising exploration potential and is defined by a 20 to 30 m wide shear zone that exhibits pervasive quartz flooding and veining with a mineral assemblage of pyrite-pyrrhotite and visible gold. Lower-grade Au has been observed throughout the 12W deformation zone while higher-grade Au is typically constrained to discrete 1 to 3 m wide quartz veins on the hanging wall and/or the footwall sides of the shear. These two preliminary drill programs are still very early in the exploration process, and form part of Vior’s systematic exploration strategy that is building the foundation for a robust structural model.

Vior is well underway in its extensive Summer 2022 field exploration program at Belleterre that will run through mid-August 2022. The field work will consist of mapping, rock sampling and characterization of mineralized zones. The main focus will be on the recently optioned claims from Osisko Mining Inc., but will also include several other promising areas surrounding the historic Belleterre mining camp. The key objectives for this field program will be to discover new gold showings and structures, and to field-proof Vior’s geological model. The team will also follow up on geophysical targets originating from the high-resolution NOVATEM G2 survey at Belleterre and look to develop high-priority drill targets for future drill programs.

Vior has signed a purchase agreement whereby it will acquire from a prospector a 100% interest in 24 claims covering 1,355 hectares next to the Skyfall property, in consideration for the issuance of 40,000 shares of the Corporation, subject to approval by the TSX Venture Exchange. 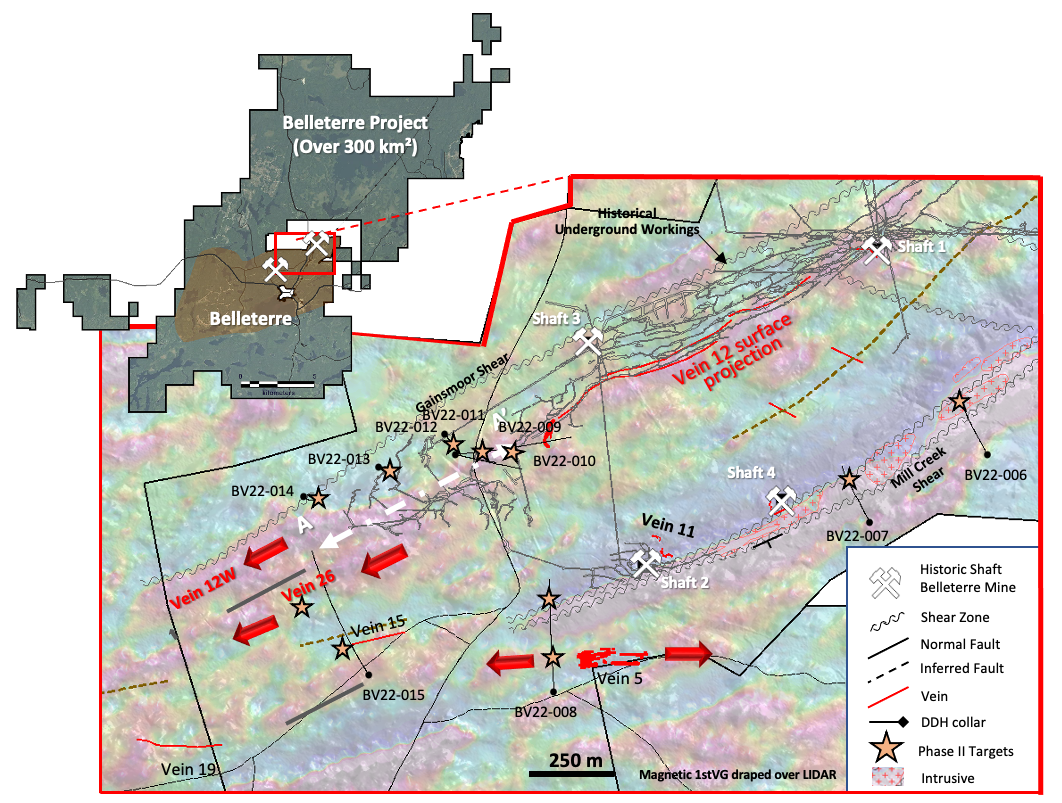 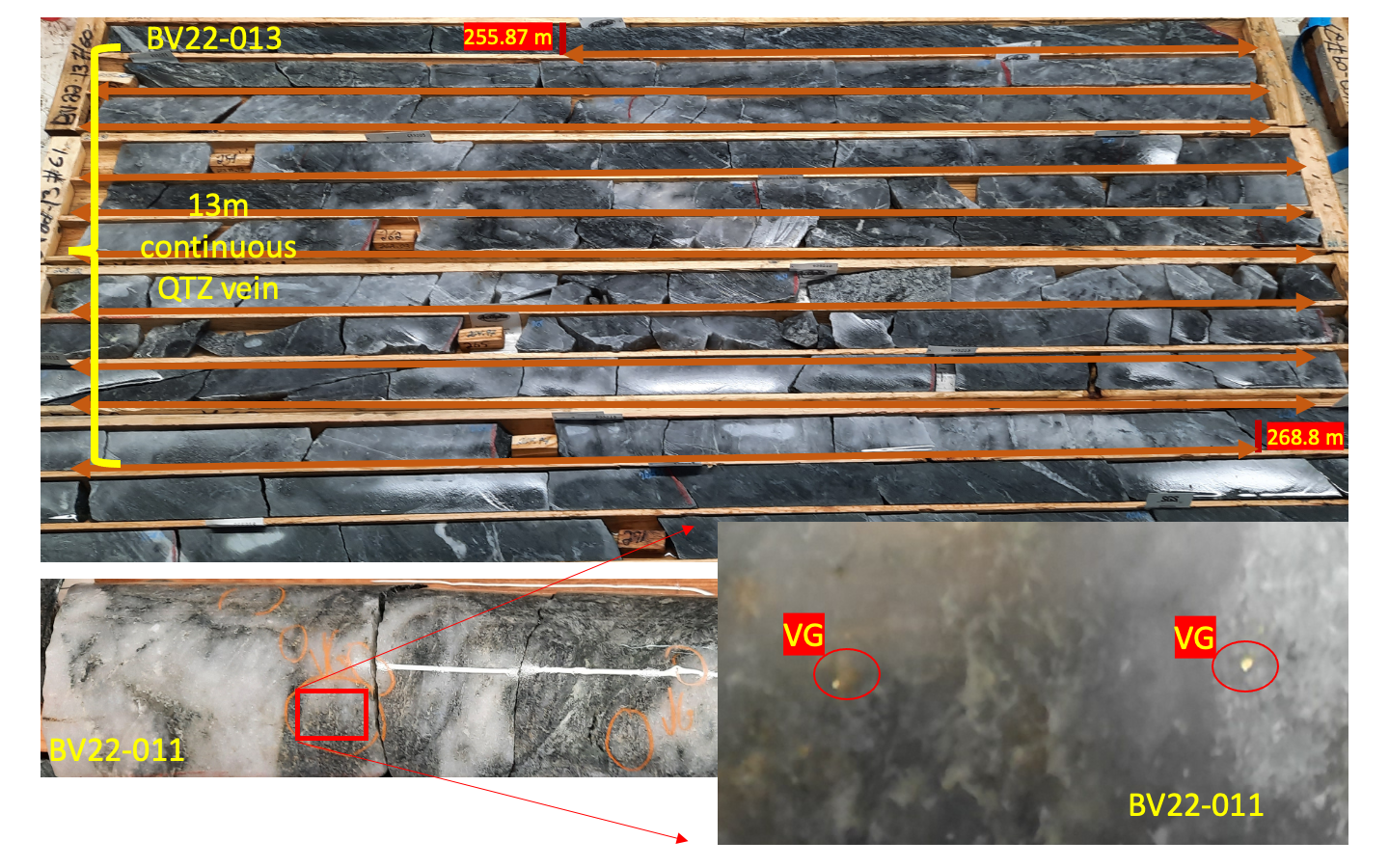 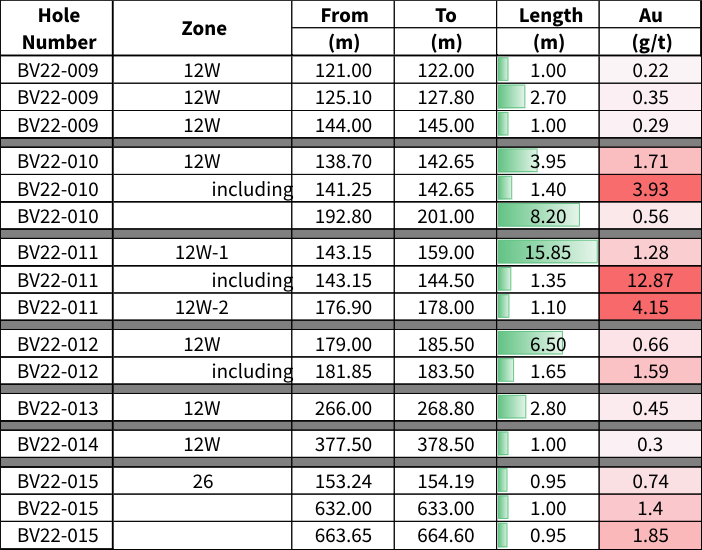