Vior Inc. is a junior mining exploration company based in Quebec, Canada and benefits from a long history of exploration success for more than 35 years.

The company’s Board of Directors has an exceptional track record. It’s Chairman, Claude St-Jacques, is the founder of Vior Inc, Virginia Gold Mines and is the former CEO of Ormico Exploration which later became Osisko Mining. The new generation of Directors bring a whole new level of dynamism and skillsets; such as Eric Desaulnier, Founder and President of the highly successful Nouveau Monde Graphite Inc.

Vior has a highly skilled and dedicated Management team that is focused on creating shareholder value through discoveries. Vior’s Hybrid Strategy is designed to provide its shareholders with some excellent exposure to multiple exploration plays and potential discoveries.

This Strategy brings a differentiation from the herd. It provides judicious exploration on its own projects, but also allows for strategic investments in some companies that may have some great Projects and a Proven management team.

Vior trades under the symbol “VIO” on the TSX Venture Exchange and “VL51”on the Frankfurt Stock Exchange.

North American Focused in some of the most Minerally Endowed and Friendly jurisdictions. Organic Value Creation through New Discoveries and through Leverage with its Strategic Partners. Management/Board interests that are fully aligned with Shareholder Interests via  Significant Share Ownership.

In common with other junior exploration companies, Vior certainly invests judiciously in its own projects. But we also look to Option or Joint Venture certain projects where appropriate.  And Vior also has the ability to make a strategic investment in companies that have great projects and proven management.

We have the capability to provide the appropriate amount of financing for our own projects that we wish to advance. But we are also able to make strategic investments in areas of opportunity and partner with others where project risk-sharing is preferred, which both looks to create shareholder value and diversify our overall corporate risk. 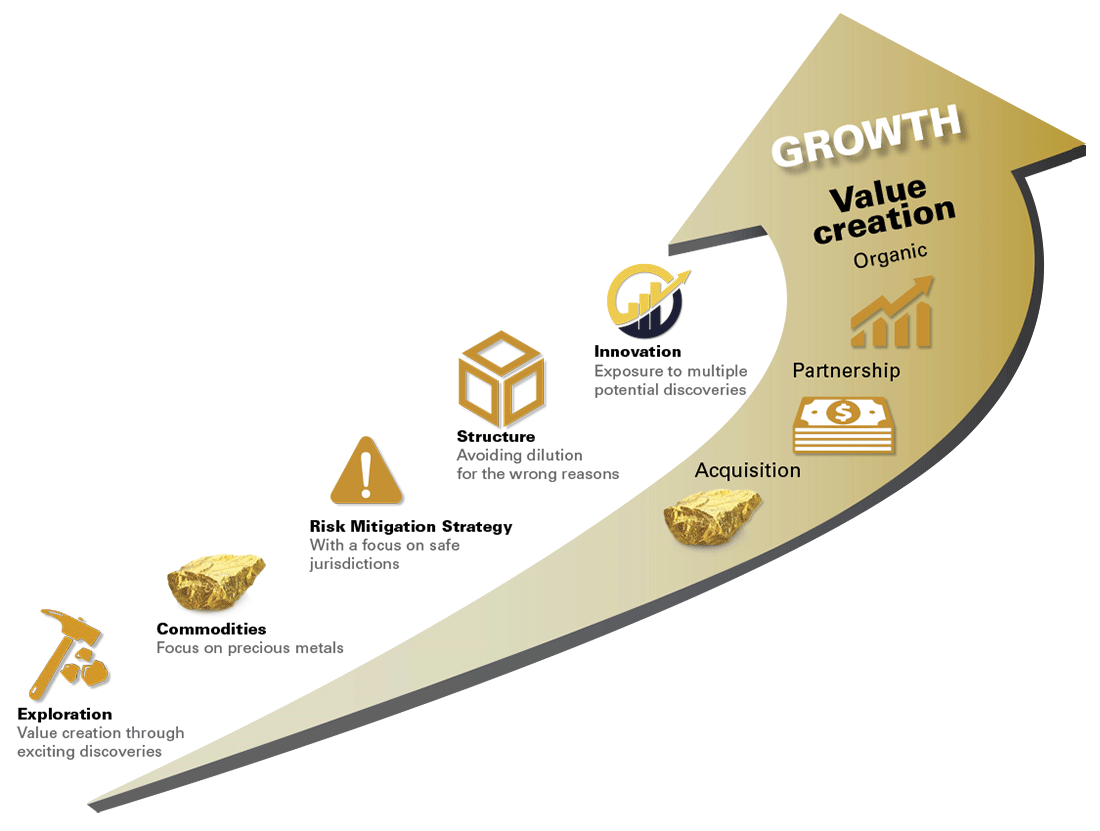