QUEBEC, CANADA, June 30, 2020 – SOCIÉTÉ D’EXPLORATION MINIÈRE VIOR INC. (TSXV: VIO, FRANKFURT: VL51) – is pleased to announce the acquisition of a 100% interest in the Skyfall project, consisting of 215 claims covering an area of 121.2 kilometers2 in the UrbanBarry gold belt, about 150 kilometers east of Lebel-sur-Quévillon and 75 kilometers south of Chapais, Quebec. Access to the different sectors of the project is provided by a solid network of forestry roads.

Skyfall is located in an under-explored area of the Urban-Barry volcanic belt, approximately 40 kilometers east of the Osisko Mining Inc.’s Windfall and the Bonterra Resources Inc.’s Barry and Gladiator high grade gold deposits (see figure, reference to mineral resources are taken from the Osisko and Bonterra websites). The project is covered by a series of northeast-southwesttrending volcanic rocks of tholeitic affinity and dipping to the southeast. The volcanics are crosscut by several faults either sub-parallel to the stratigraphy or of north-northeast orientation. Synvolcanic and late intrusions are also hosted in volcanic rocks. 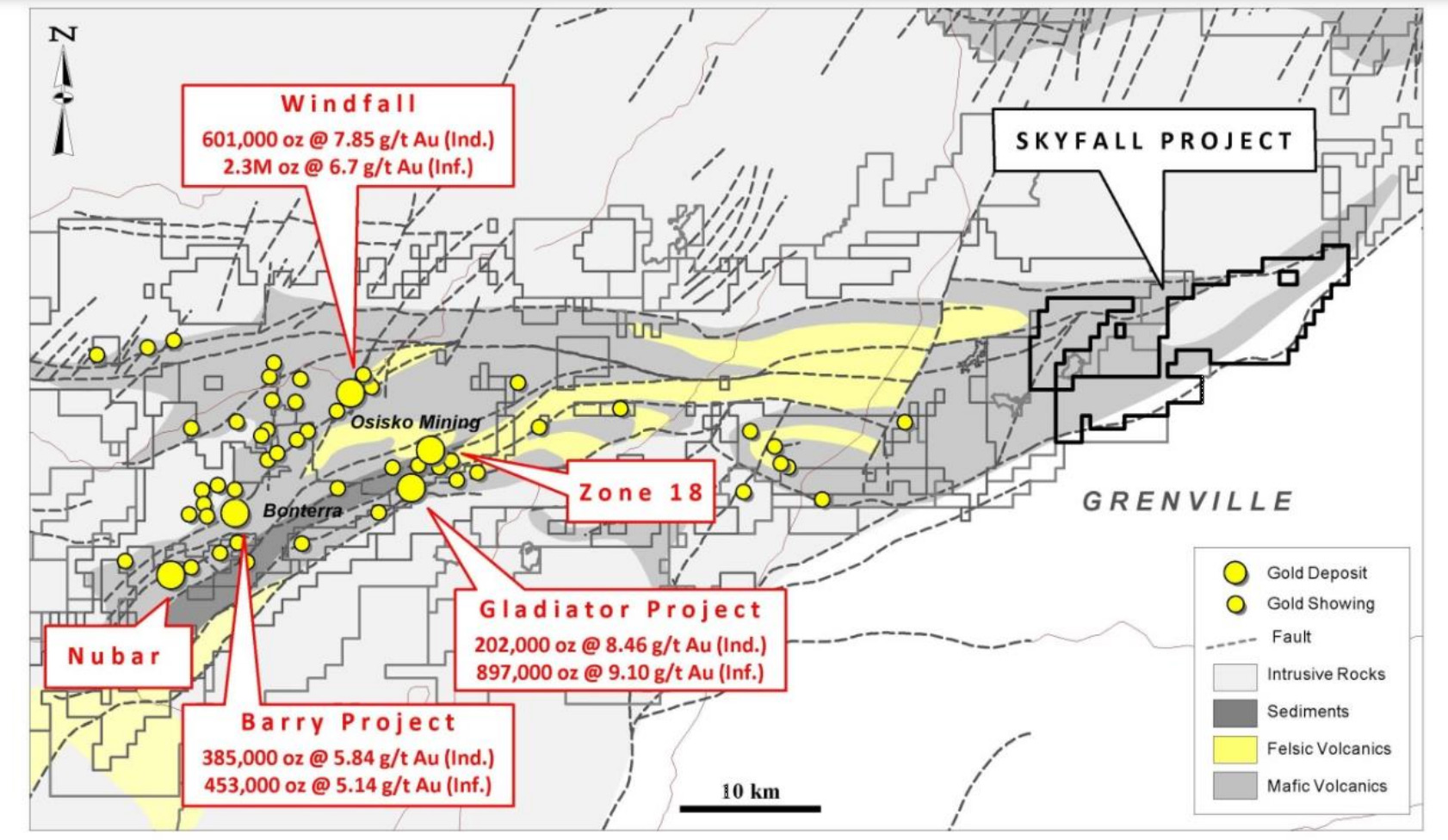 Historically, the Skyfall project has received very little exploration work due to its limited land access until a few years ago. Assessment work documents report only one drill hole and a partial coverage of airborne magnetic and electromagnetic survey. The Skyfall project is considered to be highly prospective due to its geological similarity with the gold deposits and showings environment situated in the central part of the Urban-Barry belt (please note however that the mineralization hosted on adjacent and/or nearby properties is not necessarily indicative of mineralization hosted on the Company’s property). Vior has acquired a 100% interest in the project, royalty free, in return for a cash payment to an individual holder.

Vior is currently planning a Summer 2020 exploration program on the Skyfall property. This program will begin in July, 2020 and will include a first phase of field reconnaissance work, including rock and till sampling. A second phase of work could be carried out as early as Fall 2020 on any new gold targets generated.